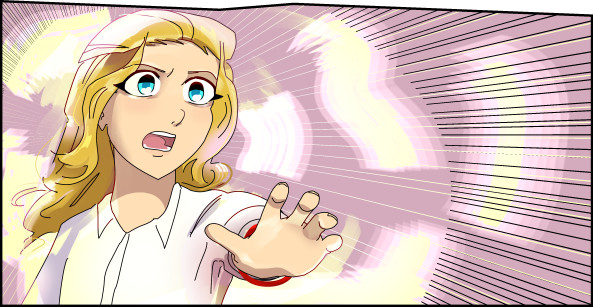 A sheltered rich girl dreams to see the world and finds her ticket in a mysterious, brooding drifter with a terrible secret: he is the King of Pain, bearer of the torturous curse known as Exvulnerum. As the two travel together, they encounter danger and magic, old friends and new foes... but the biggest obstacle will be the unthinkable curse itself.

While a great deal of this comic is light-hearted and fun, it does deal with some serious themes and is not for children. This comic contains, will contain, or possibly will contain the following: suicide, blood, physical and mental torture, and assault.

Find out more by reading the comic or viewing its fan-generated descriptions on TV Tropes.

When does this comic update?

- Update days are Monday, Wednesday, and Friday. I usually upload the pages the afternoon before (Central US time) so that it'll be up by midnight in a good number of time zones.

How long will this comic be?

- It's so long you guys. It already takes 4-5 hours to read and we're not even a third through it.

How do you make your pages?

- Currently, I use Clip Studio and Blender. I draw using a Wacom Intuos tablet. I do my work 100% digitally.

Can you put my character in your comic?

- No, sorry. I am only using my own original characters in the comic.

Do you take art commissions?

- Unfortunately, I am working 5-6 days a week drawing Exvulnerum, so I don't really have the time to commit to other art projects.

I'm a first-time reader. Can I read Exvulnerum backwards? Like, starting from the most recent page and clicking "back" again and again?

- No. WHY WOULD YOU DO THAT? You're bad at reading webcomics and you should feel bad. :P

I check the above sites every day, so you should be able to get in contact with me easily. 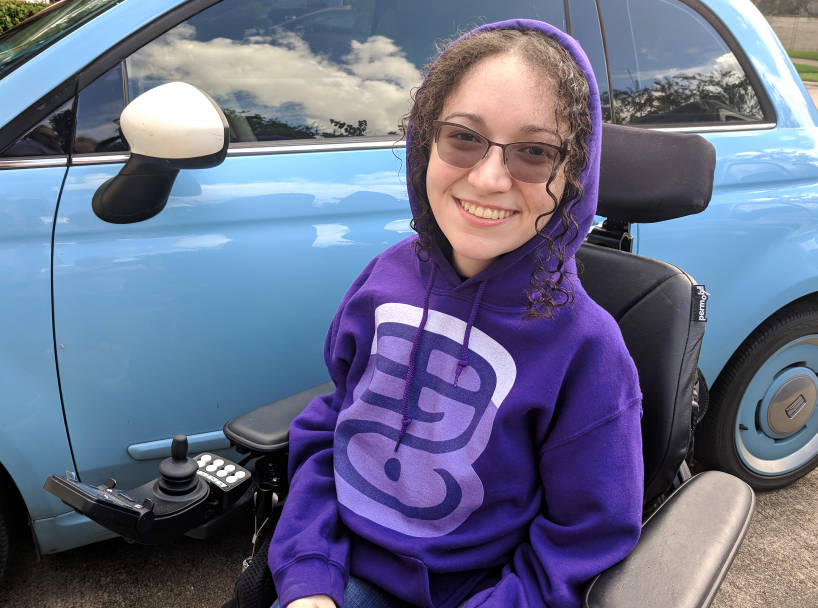 HI I'M ZULES. Real name: Julia Swan Wroble. I got addicted to coffee in order to bring you this comic.

I LOVE being a webcomic artist!!! It's the most amazing job in the world, thanks to readers like you!!! :)

Some quick facts about me:

- I met my husband on a dating website, and we lived in different states up until we got married (and a few months after that)!

- I'm a super introvert, really shy, struggle with anxiety but try my best :)

- I have Spinal Muscular Atrophy type 2 which means I can't walk at all, but hey I can draw

- I type on a Dvorak, TypeMatrix keyboard

- When I was a kid, literally my favorite toys were drinking straws which I would bend and shape and pretend were action figures

Exultation is the going
Of an inland soul to sea,
Past the houses—past the headlands—
Into deep Eternity—

Bred as we, among the mountains,
Can the sailor understand
The divine intoxication
Of the first league out from land?

Exvulnerum started as an idea for a novel that was supposed to be written for a writing challenge in January 2008. I liked the idea of the story so much, however, that I couldn't bring myself to actually write it when the time came. I was afraid of ruining it. I did, however, upload this very first drawing of Amber on DeviantArt during this period of time. Back then, Amber's name was spelled differently, and the story had elements that were eventually changed.

By June of 2009, I was into the idea of creating comics, especially webcomics. I started with a 12-page, unfinished comic named Turned (which was based on my first ever attempt at a novel). I gave up on it only a month later.

The next year, I decided to try turning Exvulnerum into a comic, also. On May 1, 2010, when I was 17 years old, I uploaded the cover to the prologue and my first page. This 2010 prologue, which I'll call "The Original Prologue," is no longer available online, but "The Old Prologue"--which was crafted in 2014--is a very close revamp of my original version. A post titled "Prologue RevampIRE" in the old news archive details the changes I made, and this news archive documents the comic's history from September 2010 to December 2015.

Noteworthy is that I decided to commit my full energy to Exvulnerum as my main occupation starting January 2015. Prior to this, Exvulnerum went as long as nearly 2 years between page uploads. (Between August 2011 and September 2014, I was mostly focused on writing a novel called Genie, which ended up being the first novel I ever completed in a first draft form.)

In late 2017, I decided that the prologue needed to be completely redrawn and restructured so that it would be more likely to hook potential readers, and so I took a 6 week hiatus from the comic (in the middle of Chapter 8) in order to produce and upload this new prologue, which was uploaded fully in February 2018.

The best way to link to Exvulnerum is to share this URL:

It will take people straight to the first page of the comic, and it's also easy to say out loud!

If you have your own website and would like to link to me using HTML, here are some spiffy banners you can use!